It wasn’t until Aisa Ijiri came to Europe that the work of the great composers really touched her soul and she realised, in order to play Liszt and Chopin with true understanding, she would have to leave her Japanese homeland, writes Lesley Bellew.

It might have been the feet of Aisa Ijiri which propelled her to international stardom. Instead, her lithe fingers, drawing mesmerising music from piano keys on the world’s leading concert stages, have earned prizes, acclaim, the standing of becoming an official Steinway Artist and a tearful fulfilment of her dream of performing at Carnegie Hall.

How many of the thousands of concert-goers, enthralled each year by her playing, realise that the feet springing from pedal to pedal once sprinted along the athletics tracks of Japan with such speed that a career as an Olympic 100m runner was a very real possibility?

Also competing at national level in swimming and figure skating, and a keen skier, the young Aisa might have seemed destined for a life in sport – until music brought her to Europe, and set her on course to honour advice from her beloved grandfather, who told her “Follow your heart”.

She recalls the chance, at the age of 12, to take part in a festival at the Liszt Academy in Budapest, Hungary, and says: “That trip changed my life. I visited where Liszt and Bartok had performed, and saw their pianos. I had masterclasses with a professor from the academy and a performance where Bartok had given his last concert.”

Already nurturing a special love for the music of Chopin, she had observed European culture through the internet and television, but she said: “There was this spirit, something in the air, something from the people. We have to be there and feel it. I felt I had touched the soul of Liszt and his soul was inside me.”

She is still friends with some of the gifted Hungarian students who helped her to see music as a universal language, as they played duets as well as solo pieces.

“They were speaking Hungarian, German and a little bit of English. In rehearsals we didn’t speak the same language but as soon as we started playing we understood we could connect and we were laughing so much. Many things in society divide us but music always pulls us together.

“A competitive athlete’s career I might have had until I was 25, when the purpose is always winning. With music I can have a much richer life. That trip made it clear I should choose music.”

Music has led to Aisa working on children’s programmes with Unicef and on a cultural project for the European Commission, based around the writings of Byron and Shakespeare, which in turn brought a meeting with a director keen to make a film inspired by her life.

She has founded a music festival to offer opportunities for youngsters in concerts, masterclasses and workshops, which was first held in Tokyo in 2016, then in Belgrade with the support of the Serbian government. As artistic director, Aisa is now launching the Montecatini Piano Festival, in Tuscany, Italy, from August 16 in collaboration with Municipal Institution of Montecatini Terme and Steinway & Sons Italia.

All this is part of an ambition to grow as an artist after reaching her goal of performing at New York’s Carnegie Hall in 2017.

“It was an opening to a new chapter,” she said. “I remember everything – a sold-out concert, a standing ovation, which was more than I had dreamt about since I was seven years old. I played three encores and tears ran down my face.

“My parents, and close friends from Japan, Serbia, Sweden and London, who meant so much to me on my journey, had travelled to be there.

“At that moment I remembered words from my grandfather Isao Takei, who passed away when I was five. He was running quite a big company so I was proud of him. He had a driver who wore white gloves and people who opened his door for him. He was very tall and everybody in the company bowed to him.

“But the day before he died, from a stroke, he was running around in this big house with me. He told me that day: ‘If you go to school you may want to be the best student or the prettiest girl but those things don’t matter – whatever you go through just follow your heart.’ I didn’t understand, but I never forgot. At that moment in Carnegie Hall I thought I had followed my heart. This was it, the message he had been telling me.”

The daughter of a piano teacher, Aisa had often shown individuality from an early age in largely conformist Japanese society, preferring black bags and kimonos to her girlfriends’ pink, learning the unicycle with such skill that she could skip a rope with it, and enjoying risky adventures.

She says: “Most of the girls were into Barbie dolls – I like Barbie, too, but I needed more. I had great friends who were boys and we used to go to the river, climb up a rock and jump from a waterfall. It was quite high and really scary. I was about seven and I loved it.”

The boys landed a punishment for climbing on the school roof, but Aisa escaped detection. “I was quite a good student so no teacher would think I was one of them, although I had been up there, too! I loved adventure so much, I had no fear.”

Neither did she have much rest in her busy childhood, reading music in the car as her parents drove five hours from their home in Kyoto for piano studies in Tokyo, then revising for school exams on the return journey. On one occasion she turned up for a piano competition with hair still wet from a swimming gala earlier the same day – and won both events.

As music took over, Aisa played at a Chopin festival in Warsaw and earned invitations to return. She said: “I loved so much about Chopin. The piano helped me share my most sensitive feelings.”

The chance of a recital in Stockholm was another turning point, as it happened to attract the Swedish government and other dignitaries attending the Nobel Prize ceremony, and was followed by the offer of a four-year scholarship to study in the city.

Aisa said: “I was 15 but, being Japanese, to Swedish people I probably looked much younger, maybe about eight or nine. They thought I was so talented!”

Another happy coincidence was a close friend of her uncle had a flat in Östermalm, Stockholm’s equivalent of South Kensington, providing delightful accommodation, and Aisa soon took to European life, having to learn Swedish quickly for essay and exam purposes.

She particularly enjoyed what she saw as a more encouraging approach to study than she had experienced with a previous, more critical, eastern European tutors, finally appreciating that her musical talent outstripped even her sporting prowess.

“I knew I was good at sports because I was winning. In eastern Europe teaching they follow traditions, which has worked so well for me technically. My eastern European teacher was so wonderful but very tough, and I didn’t feel I had a talent because of the criticism. In Sweden they are very open-minded for something new and gave me confidence in my ability.”

Study visits to Berlin, Poland and Hungary followed, but having completed her Bachelor’s degree, she moved to London after passing an audition for a Masters course at the Guildhall School of Music and Drama.

Having observed Japanese culture niceties, and adapted to social expectations in Sweden, she said: “London is a great place because there are people of so many nationalities and religious backgrounds. New York is a great, exciting city, but when I was there I missed the European culture.”

Associating with drama students at the Guildhall was another stimulating and creative experience, and having obtained an Artist Diploma from the Royal College of Music Aisa is now an RCM ambassador, living in North London and enjoying making contacts in other spheres, especially fashion, while her performances have been broadcast on BBC television and radio, CNN Style and in Europe.

Steinway has been part of her life since she was a teenager, when her parents brought her a Model B classic grand – one of three grand pianos in the home where her mother was a tutor – but her official association with the company was the silver lining to an initial mishap.

A performance she was due to give at the Royal College of Music had to be moved, because of building work, to Steinway Hall, where her rehearsal was heard by the company president, visiting on business from New York. Now she has a Steinway Model A of her own, bought from a warehouse clearance.

Aisa returns to Japan a few times each year to visit the family who gave her so much support, including her mother who made the dresses for her concerts.

She said: “My mother is a loving, wonderful woman, who is happy for me, but when I was 11 I asked why she never said she was proud of me. She said pride was not the point – ‘I am supporting you to become a great woman. I want to see my daughter as an inspiring lady, who I can become friends with’.”

And friends they are.

The first epside of the film AISA, Sonetto del Petrarca, directed by Marco della Fonte and presented by Lost Pictures can be seen at https://vimeo.com/321853662

This article was first published in Lark Music Magazine: Issue 8. You can view the full issue here or contact the Lark Music team for a hard copy. 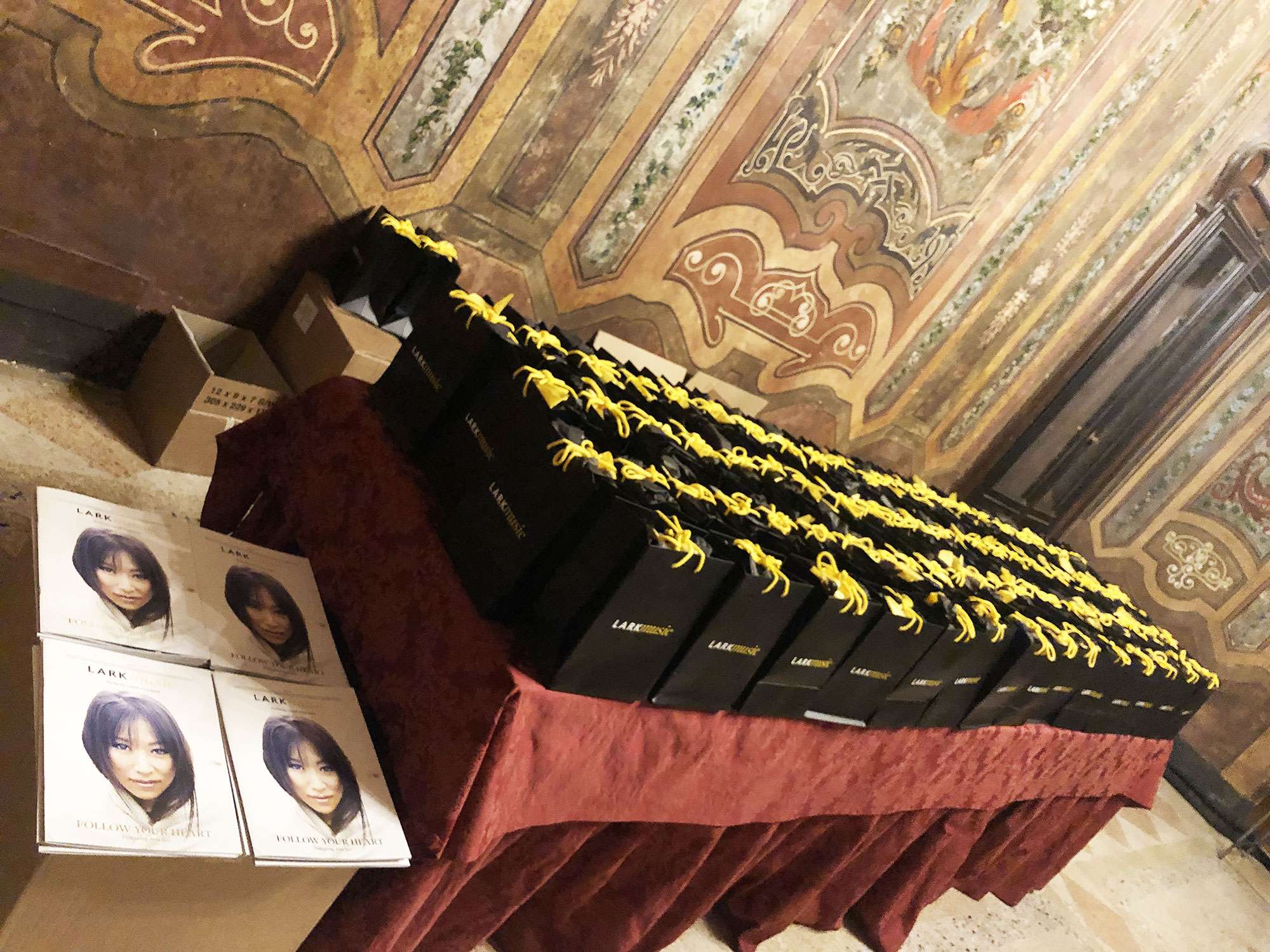 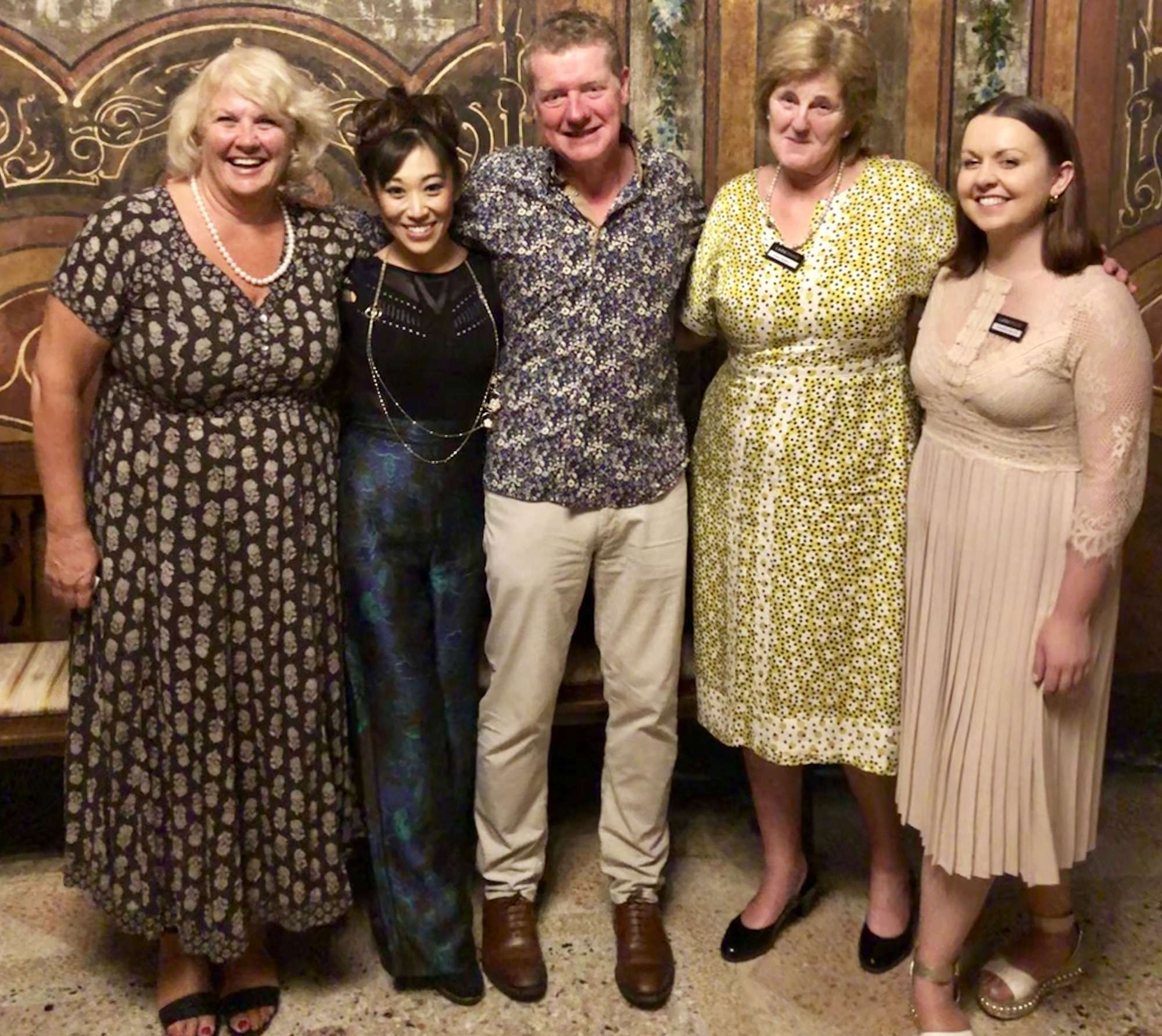 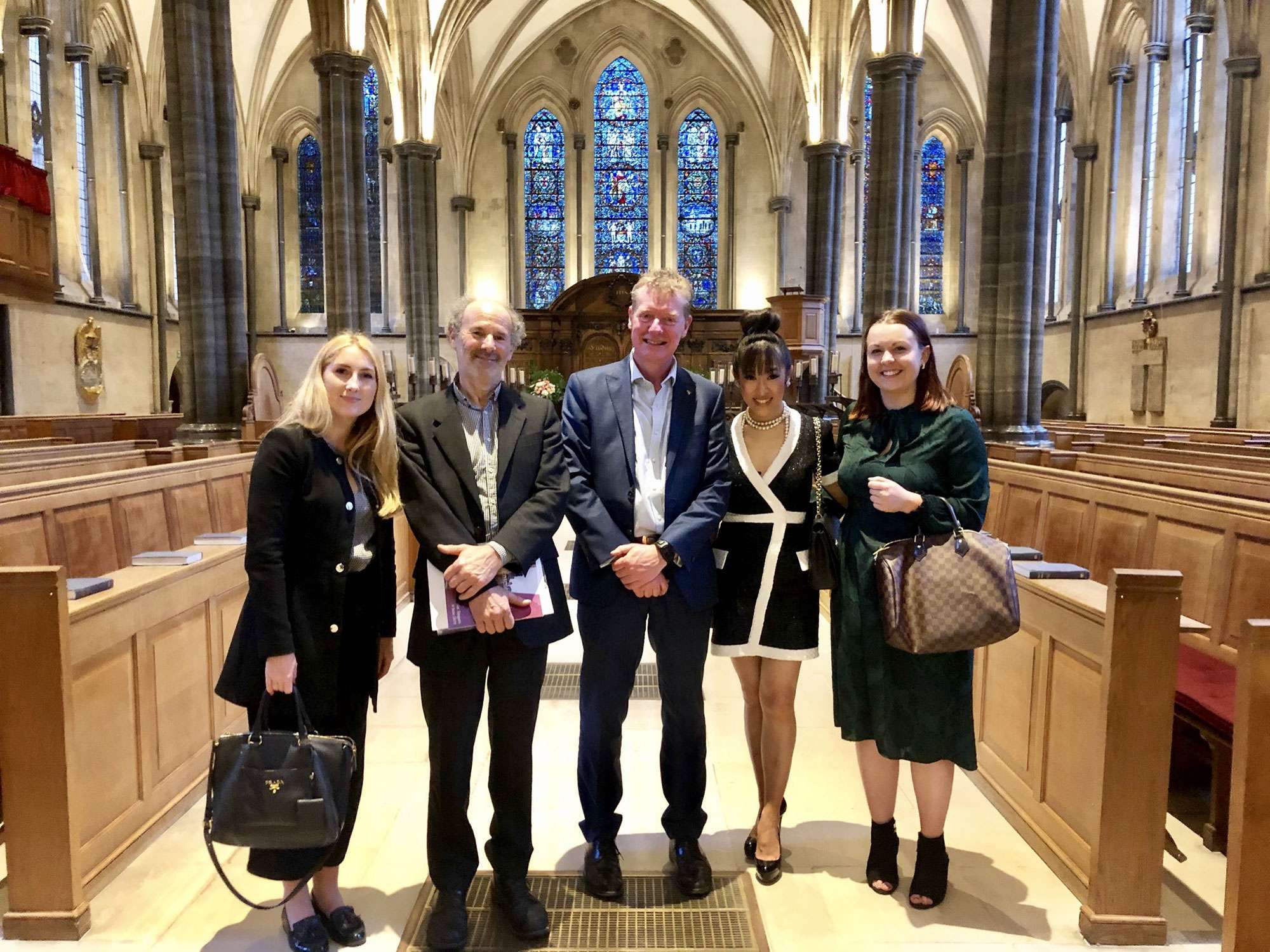 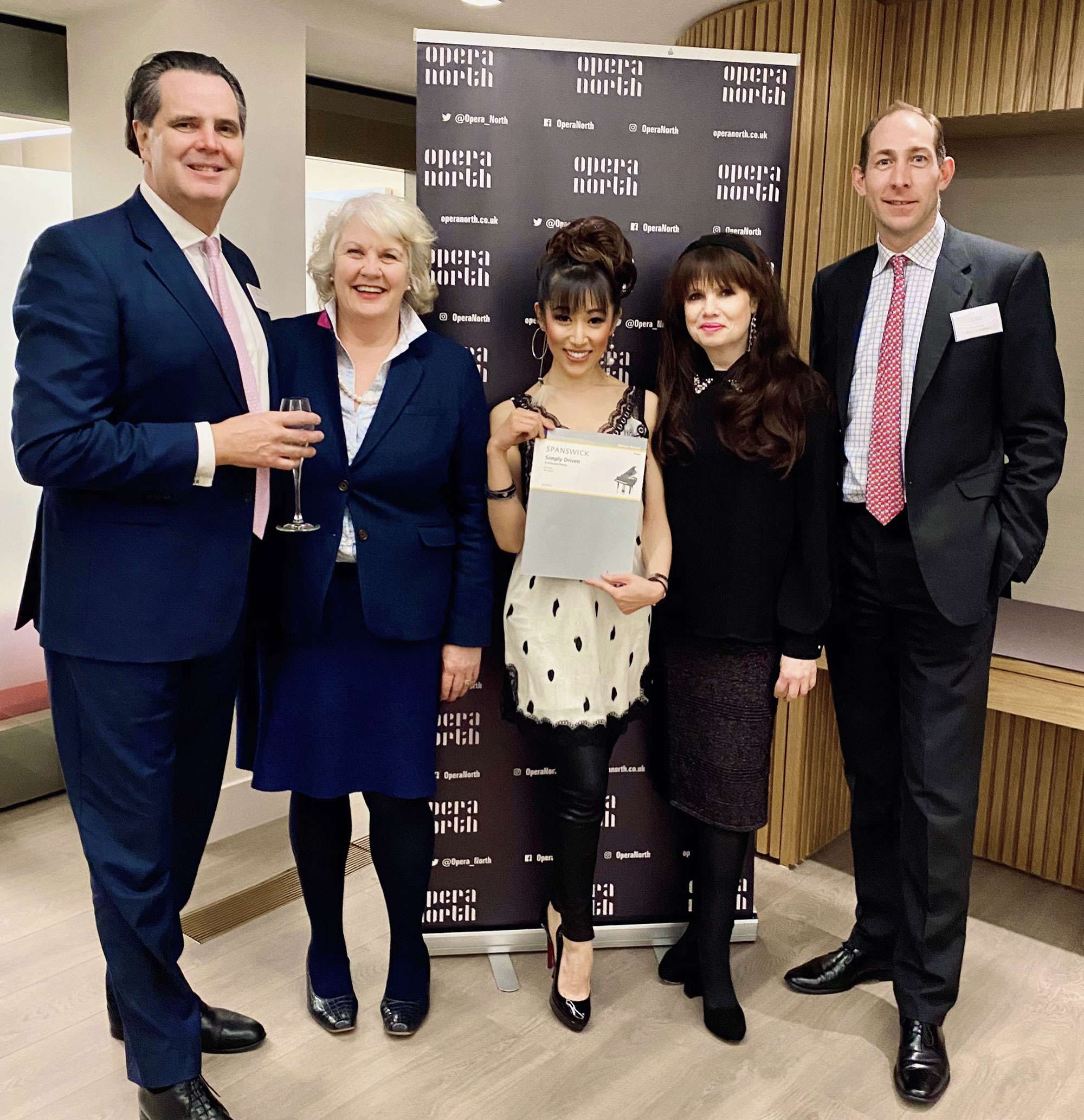